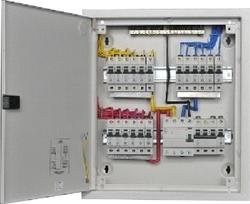 Reading an electrical standard in full is a tedious job which most of us don’t relish. At the same time, familiarity with the provisions of the standard is essential for effective engineering practice. Considering this requirement, I am planning to publish digests of the relevant standards applicable to electrical equipment and switchgear. This will be a heavily condensed form of the standard but without missing the major points. It should also be kept in mind that this is no alternative to reading the standard itself. The number followed by the symbol # in brackets at the end of a sentence refers to the clause number in the standard.

Note: - The term "R" appears in this document stands for "Regulation' of Central Electricity Authority (Measures Relating to Safety and Electric Supply) Regulation 2010.


Relevant Sections in connection with powers and appointment of Electrical Inspector

53. (1) The Authority may in consultation with the State Government, specify suitable measures for -
(a) protecting the public (including the persons engaged in the generation, transmission or distribution or trading) from dangers arising from the generation, transmissions or distribution or trading of electricity, or use of electricity supplied or installation, maintenance or use of any electric line or electrical plant;
(b) eliminating or reducing the risks of personal injury to any person, or damage to property of any person or interference with use of such property;
(c) prohibiting the supply or transmission of electricity except by means of a system which conforms to the specification as may be specified;
(d) giving notice in the specified form to the Appropriate Commission and the Electrical Inspector, of accidents and failures of supplies or transmissions of electricity;
(e) keeping by a generating company or licensee the maps, plans and sections relating to supply or transmission of electricity;
(f) inspection of maps, plans and sections by any person authorized by it or by Electrical Inspector or by any person on payment of specified fee;
(g) specifying action to be taken in relation to any electric line or electrical plant, or any electrical appliance under the control of a consumer for the purpose of eliminating or reducing a risk of personal injury or damage to property or interference with its use;

(i) in which one hundred or more persons are ordinarily likely to be assembled; or
(ii) which is a factory within the meaning of the Factories Act, 1948 or a mine within the meaning of the Mines Act, 1952; or
(iii) to which the State Government, by general or special order, declares the provisions of this sub-section to apply,
without giving, before the commencement of transmission or use of electricity, not less than seven day's notice in writing of his intention to the Electrical Inspector and to the District Magistrate, or the Commissioner of Police, as the case may be, containing particulars of the electrical installation and plant, if any, the nature and the purpose of supply and complying with such of the provisions of Part XI of this Act, as may be applicable:

Provided that nothing in this section shall apply to electricity used for the public carriage of passengers, animals or goods, on, or for the lighting or ventilation of the rolling stock of any railway or tramway subject to the provisions of the Railways Act, 1989.

161. (1) If any accident occurs in connection with the generation, transmission, distribution, supply or use of electricity in or in connection with, any part of the electric lines or electrical plant of any person and the accident results or is likely to have resulted in loss of human or animal life or in any injury to a human being or an animal, such person shall give notice of the occurrence and of any such loss or injury actually caused by the accident, in such form and within such times as may be prescribed, to the Electrical inspector or such other person as aforesaid and to such other authorities as the Appropriate Government may by general or special order, direct.

(2) The Appropriate Government may, if it thinks fit, require any Electrical Inspector, or any other person appointed by it in this behalf, to inquire and report -

(a) as to the cause of any accident affecting the safety of the public, which may have been occasioned by or in connection with, the generation, transmission, distribution, supply or use of electricity, or
(b) as to the manner in, and extent to, which the provisions of this act or rules and regulations made there under or of any license, so far as those provisions affect the safety of any person, have been complied with.

(3) Every Electrical Inspector or other person holding an inquiry under sub-section (2) shall have all the powers of a civil court under the Code of Civil Procedure, 1908 for the purpose of enforcing the attendance of witnesses and compelling the production of documents and material objects, and every person required by an Electrical Inspector be legally bound to do so within the meaning of section 176 of the Indian Penal Code.

The Bill as passed by Lok Sabha was considered and passed by Rajya Sabha on 5th May, 2003.

The Electricity Bill 2003 as passed by both Houses of the Parliament received President's assent on 26th May 2003 and was notified in the Gazette of India on 2nd June 2003.

The provisions of the Act except section 121 were brought into force with effect from 10th  June 2003.

Background and salient features of the Act:

The Act strikes a balance, which takes into account the complex ground realities of the power sector in India with its intractable problems. The salient features of the Act are;

Sajith
Man’s ultimate aim is to become immortal. Innumerable people die every day, yet he wishes to live forever – the most wonderful thing in the world, to be precise. Still, everyone wishes to leave something to remind about them after they finally vacate the stage permanently. The corporeal world is so fleeting – building something and hoping it to last forever is ridiculous. Just like a flame could be kindled across an infinity of lamps, an idea can be imparted to future generations for a long time to come, if not till the moon and stars endure. What you see here are my random thoughts conveyed to all future generations and limited only by my imagination and vocabulary. Cogito, ergo sum!